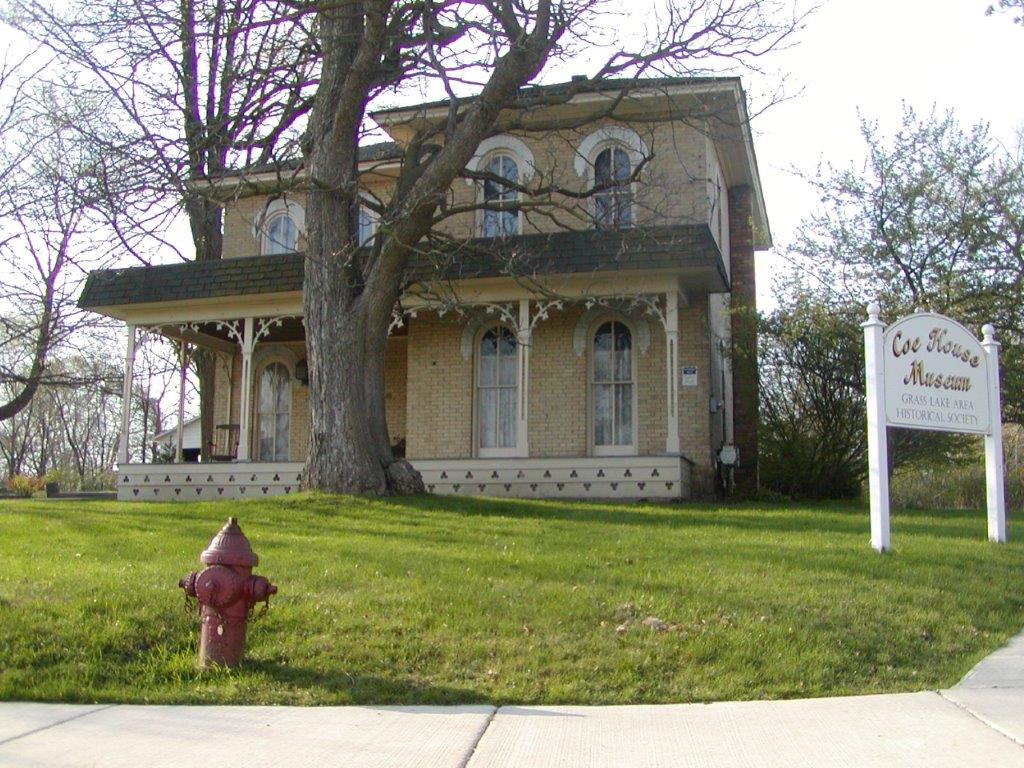 Constructed in 1871 for Henry Van Winkle, who owned and operated a hardware store and farm equipment "dealership" in Grass Lake. The Detroit-Chicago Traction Co. purchased the house in 1901. Herman Mellencamp, Sr. purchased the home in 1909. He raised a large family there including Floyd, who was a teller at the bank, and Fann Reynolds, who was a principal benefactor in the home's restoration. Catherine Walz was the next owner in 1926, raising her family there while renting rooms to tourists in the front room that is now the parlor. Archie and Myrta Coe became the owners in 1938, raising their family within. In 1971, the year of the Grass Lake Centennial, the Grass Lake Area Historical Society was formed, and in 1972, they bought the house from Myrta Coe..with the agreement from the family to designate it "The Coe House Museum".

The architecture of the home is Tuscan Vernacular. It has been furnished to represent a typical home of the Victorian Era.

Several volunteers and benefactors started the restoration in 1974. The brick was cleaned and tuck-pointed, the front porch rebuilt with gingerbread trim, a new roof added, insulation and paneling installed, ceilings re-plastered, and walls repapered in authentic styles. It was furnished by donations from area residents, and formally opened to the public at a dedication in 1977.